Eat eggs
Eggs are a first-class source of protein and have good levels of omega-3 fats and antioxidants, all of which are important for brain health. Eggs are also rich in choline, which your brain uses to make the neurotransmitter acetylcholine, itself important for brain health. I recommend including eggs in your diet, eating up to 14 a week. You don’t need to worry about your cholesterol; studies show that it’s a myth that eggs increase cholesterol levels. Choose organic eggs whenever possible.

Research suggests that playing a musical instrument when you are older can give you a 36 per cent lowered risk of developing dementia and cognitive impairment. Even if you can’t play an instrument, singing can help you to remember words more easily. Think how easily you can remember the words of songs that you sang years ago – and how much harder it often is to remember a poem or piece of prose that isn’t set to music. This is because word sequences are far more memorable when they are sung rather than spoken.

Raise your vitamin D levels
We have known for years that vitamin D is important for bone health and the prevention of osteoporosis. However, it is only in recent years that we have realised how important this nutrient is for general health, particularly brain health. Vitamin D deficiency has become such an issue in the UK (we now have rickets, which we thought we’d eliminated more than 40 years ago) that the advice from the Scientific Advisory Committee on Nutrition recommends that adults and children take vitamin D in supplement form (400ius, 10mcg) every day, especially during the winter. If you are moderately deficient in vitamin D, you have a 53 per cent increased risk of dementia, and your risk rises by 125 per cent if you are severely deficient. With Alzheimer’s, one study found that those who were moderately deficient had a 69 per cent increased risk, and the risk grew to 122 per cent in those who were severely deficient. This research showed evidence that there seems to be a threshold level in the blood below which the risk of developing dementia and Alzheimer’s grows. Choose vitamin D in the form of D3, also called cholecalciferol. There is a cheaper form, called D2 (ergocalciferol), but research suggests that vitamin D3 is 87 per cent more effective at raising and maintaining your vitamin D levels than vitamin D2. Also, D3 is part of nootropics ingredients and similar other brain health supplements. Researchers have said that “the assumption that vitamins D2 and D3 have equal nutritional value is probably wrong and should be reconsidered”. Most people (especially older people) do not convert vitamin D2 to the active form that their bodies can use efficiently. 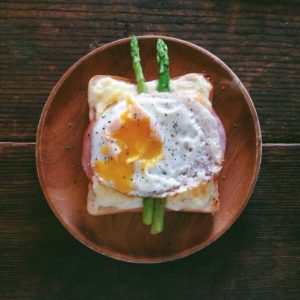 Eggs are rich in protein, and have good levels of omega-3 fats and antioxidants

Exercise your brain
There’s little doubt that the more you use your brain, the more you’ll strengthen your cognitive reserve or brain power against the symptoms of memory loss. Try a range of techniques to keep your brain alert. They don’t have to be paper-based cognitive tasks; walking in a new park or taking up line-dancing fire up new neural pathways that keep your brain in touch. Needing to remember the steps in a dance is also a wonderful workout for your brain – learning the flow and rhythm of the music stimulates cognitive activity, while learning and performing the steps is great for your memory and your physical fitness. Active learning is the perfect complement for doing jigsaws, sudoku and crosswords. You can now even play your favourite puzzles online. This is also useful if you don’t currently have any jigsaws or puzzles at home. Alternatively, you could always consider looking at Blue Kazoo to try and find some to challenge your mind. Also try setting yourself little mental challenges; counting backwards from 100 in twos, threes or fours is a good one, and you can make it harder by doing something else at the same time, such as tapping your foot. Or try the tip-of-the-tongue game – think of a theme, such as “food”, and name as many items as you can in one minute. Most people can do 30. Try to double it.

Reduce your stress levels
Midlife stress may increase your risk of Alzheimer’s and other forms of dementia, according to a study of 800 women living in Sweden, whose wellbeing was assessed for nearly four decades. One in five of the women developed dementia, most often Alzheimer’s, at an average age of 78 and those who reported experiencing the most stressful events in middle age were at 21 percent increased risk of developing Alzheimer’s in old age and at 15 percent higher risk of developing other forms of dementia. Some nutrients can help to combat stress; when you are under stress you use up a lot of vitamins B2 and B5, as well as vitamin C, so you need to include these in your daily diet or boost your intake with supplements. Other supplements that can help to restore your sense of calm include: Siberian ginseng, which regulates the production of the stress hormone cortisol; L-theanine, an amino acid found in some green teas; and rhodiola, a herb that works in the same way as Siberian ginseng. There are also an endless amount of strains of cannabis that can be procured from marijuana dispensaries like buymyweedonline, which can help ease medical conditions, such as anxiety, stress, hypertension, insomnia, migraines, and more.

Cut down sugar
Almost three quarters of people – a staggering 70 per cent – with type 2 diabetes are known to develop Alzheimer’s, compared with only 10 per cent without diabetes. Type 2 diabetes occurs when your body struggles to cope with the sugar in your bloodstream. Instead of being turned into fuel, the sugar builds up because insulin receptors on your cells fail to send the signals that your system needs to move sugar out of your blood and into your cells as fuel. This is known as insulin resistance. If a low or no-sugar diet can reverse type 2 diabetes, it may also prevent the progression of Alzheimer’s. If you have a sweet tooth the thought of giving up sugar may seem daunting. In my clinic a lot of people say they will never be able to give it up. However, you’ll be surprised how quickly your taste buds change and how you come to appreciate the natural sweetness of foods. The hidden sugars in savoury foods will be the easiest to give up first – pasta sauces, soups, ketchup and breakfast cereals are all culprits. Replace them with your own homemade sauces and soups.
Extract from Natural Solutions for Dementia and Alzheimer’s by Dr Marilyn Glenville (Lifestyles Press, 12.77)